Written by Music Generation Laois on May 10, 2018. Posted in Uncategorized

The Music Generation Laois ‘New Works Series’ was commissioned in 2016 to bring young musicians together with three acclaimed professionals to collaborate, write and perform a series of new works for ensembles in the county.

CD 1: In My Back Garden by Elaine Agnew, with text by Ann Egan, performed by the Laois School of Music Youth Orchestra and Music Generation Laois National Schools’ Choir

This recording project was supported by the Music Generation/ Arts Council Partnership. 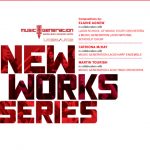 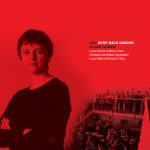 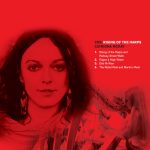 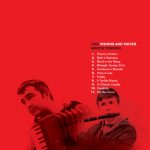 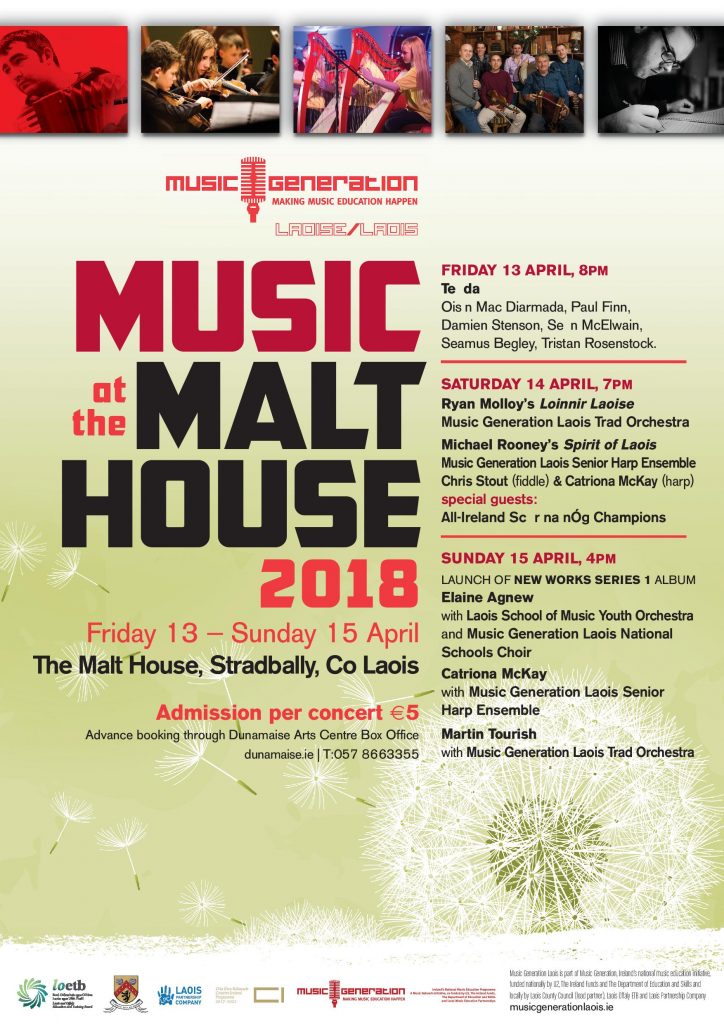 Written by Music Generation Laois on February 21, 2018. Posted in Uncategorized

Our 5th annual non-competitive Music Festival with Laois School of Music will now take place on Sunday 25 March in Portlaoise Further Education and Training Centre, Tower Hill, Portlaoise (a snow day reschedule!). This is a great opportunity for students and ensembles of Music Generation Laois and Laois School of Music, to perform and get feedback from an external Music Advisor.

Applications are available from Tutors and by clicking on the link below: 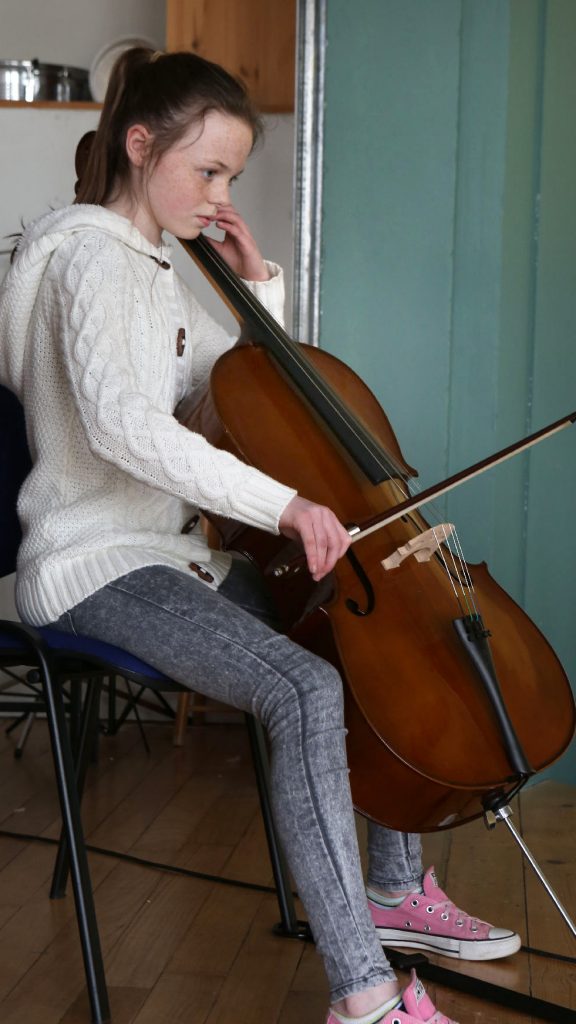 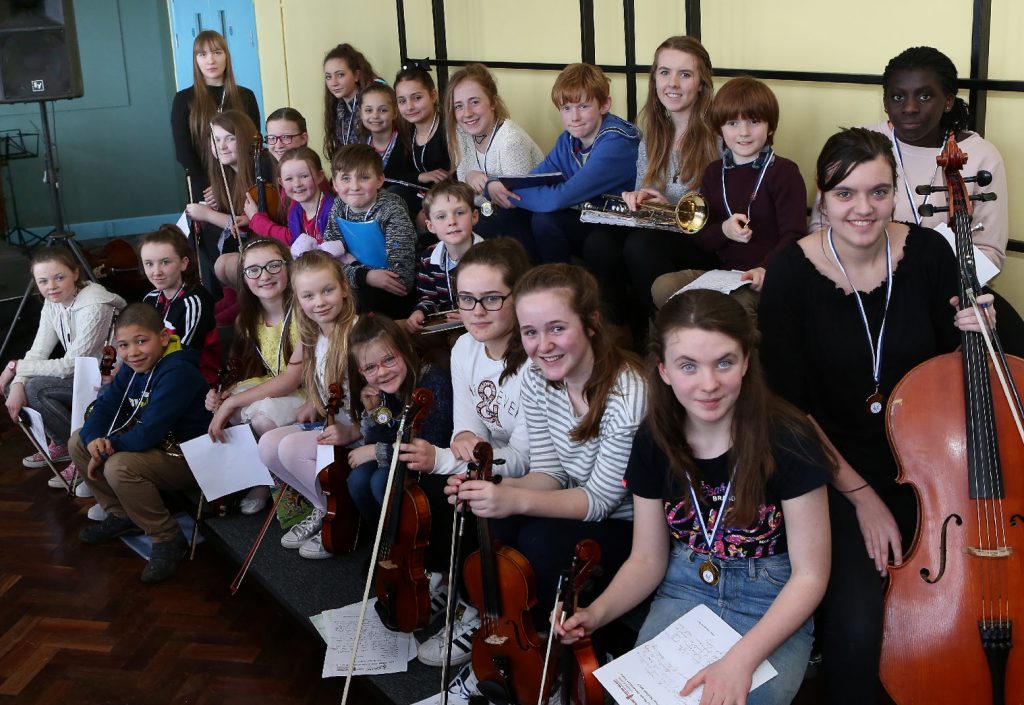 We are currently seeking an Assistant Co-ordinator for Music Generation Laois. This is a full time-temporary position with Laois County Council, full application details are available on Laois.ie 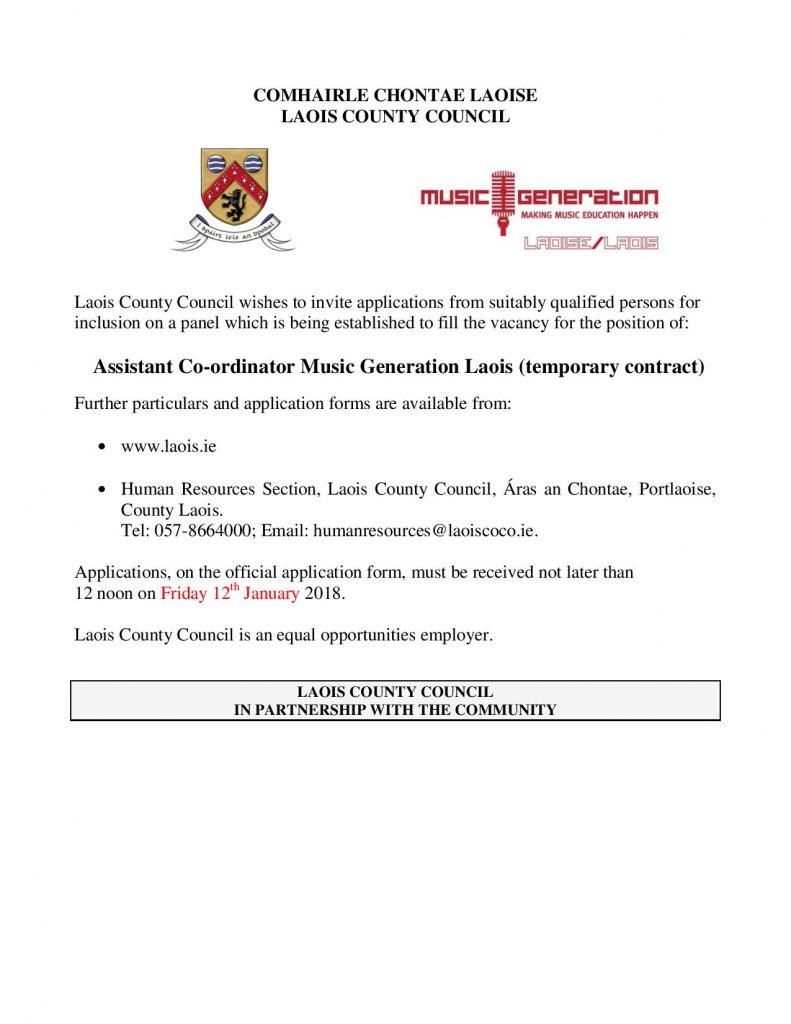 Applications are now open for high-standard, dedicated young trad musicians to join the Music Generation Laois Trad Orchestra . Membership is for 2018 and will commence in January 2018.

Standard: This opportunity is for advanced traditional music students with 4 years experience and upwards

How to apply: Spaces are allocated on an audition basis – send an email to musicgenerationlaois@laoiscoco.ie with your name, date of birth, instrument(s), standard (how many years you have been playing, any significant performances or achievements in this time), Parent/Guardian contact telephone number (for those under 18) and home address. Note, as this is an advanced ensemble, expression of interest emails are to come from young people, applications made by parents/guardians on behalf of their child will not be accepted.

Deadline for receipt of applications is 5pm, Thursday 30 November

The Music Generation Laois Trad Orchestra was established in January 2016 under the directorship of Paul Finn and Siobhan Buckley. In May 2016, the orchestra collaborated with Donegal Accordionist Martin Tourish to create a new 30 minute suite of music ‘1916 Visions and Voices’ funded by the Laois 2016 Community Fund, Per Cent for Art through Laois County Council and the Music Generation Arts Council Partnership.  The music was premiered on the 22 of May 2016, as part of the Music Generation Laois New Works Series, to unprecedented public response! The work has since been performed in Fleadh Cheoil na hEireann in Ennis 2016, for Canadian Prime Minister Justin Trudeau and Taoiseach Leo Varadkar in Dublin Castle and in Powerscourt for the Ireland Funds Worldwide Conference attended by Taoiseach Leo Varadkar and Prince Albert of Monaco.

The Trad Orchestra performed on the Gig Rig at Fleadh Cheoil na hEireann once again in 2017 and have worked with acclaimed composer Ryan Molloy and have had workshops with brilliant Irish musicians such as Michael Rooney and members of Goitse.

Please note: This is a highly professional youth ensemble, repeated absenteeism is not acceptable nor is poor timekeeping.  Frequently additional rehearsals and performances are added and these are mandatory.  Young musicians must come prepared to rehearsals. Poor conduct and irresponsible behaviour is not accepted in line with the expectations around adult professional musicians.